In an earlier post I talked about my recent monitoring survey and the background to it. In this post, the first of several posts analyzing the results, I am going to look at the demographics of the responses.

The survey got 1,016 responses of which 866 were complete and my analysis only includes complete responses.

Everyone was required to answer questions one to three. If they answered “No” to question three then they were prompted with question four. Otherwise they moved onto the next question on the form. 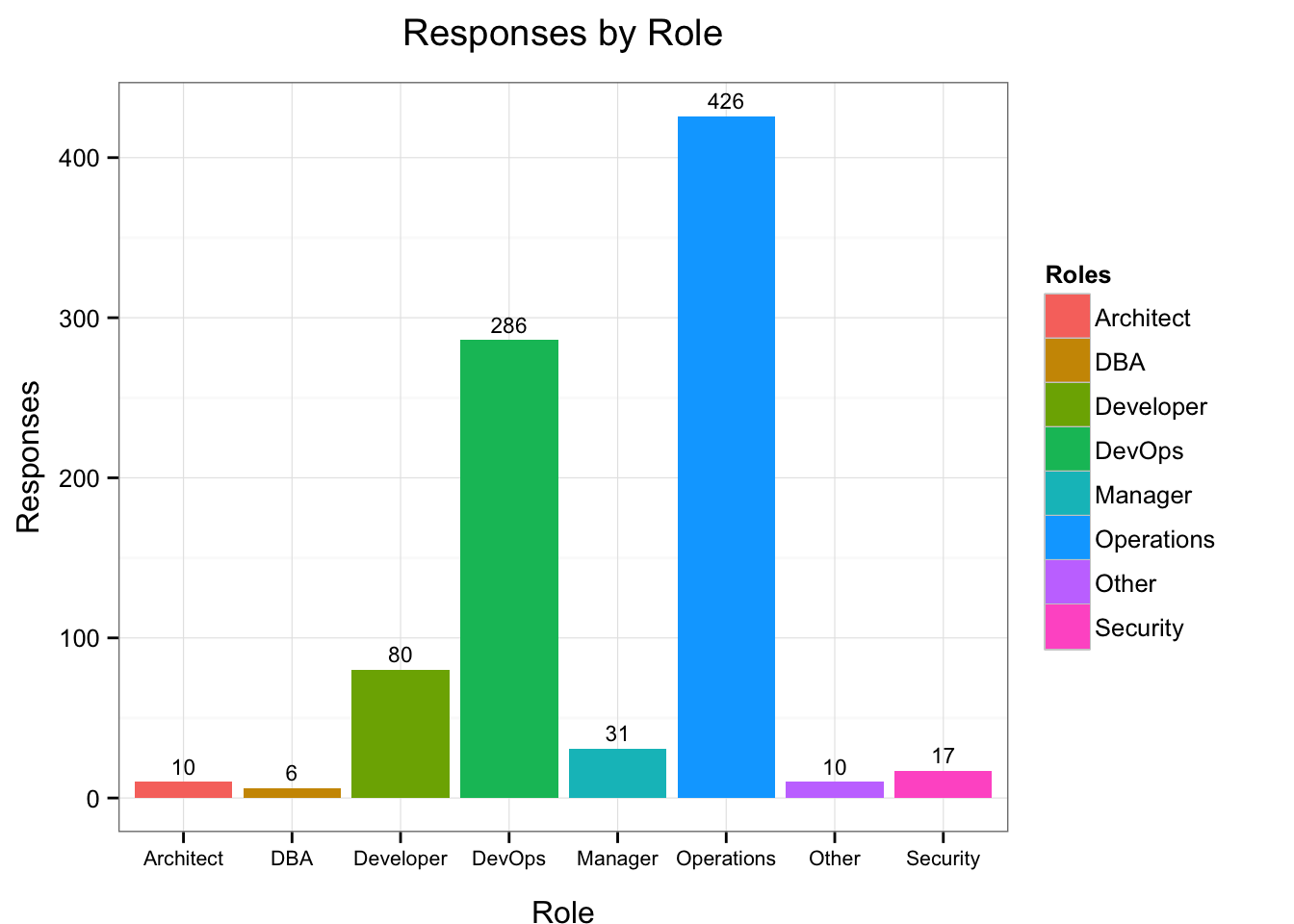 I also asked respondents about the size of their organization. 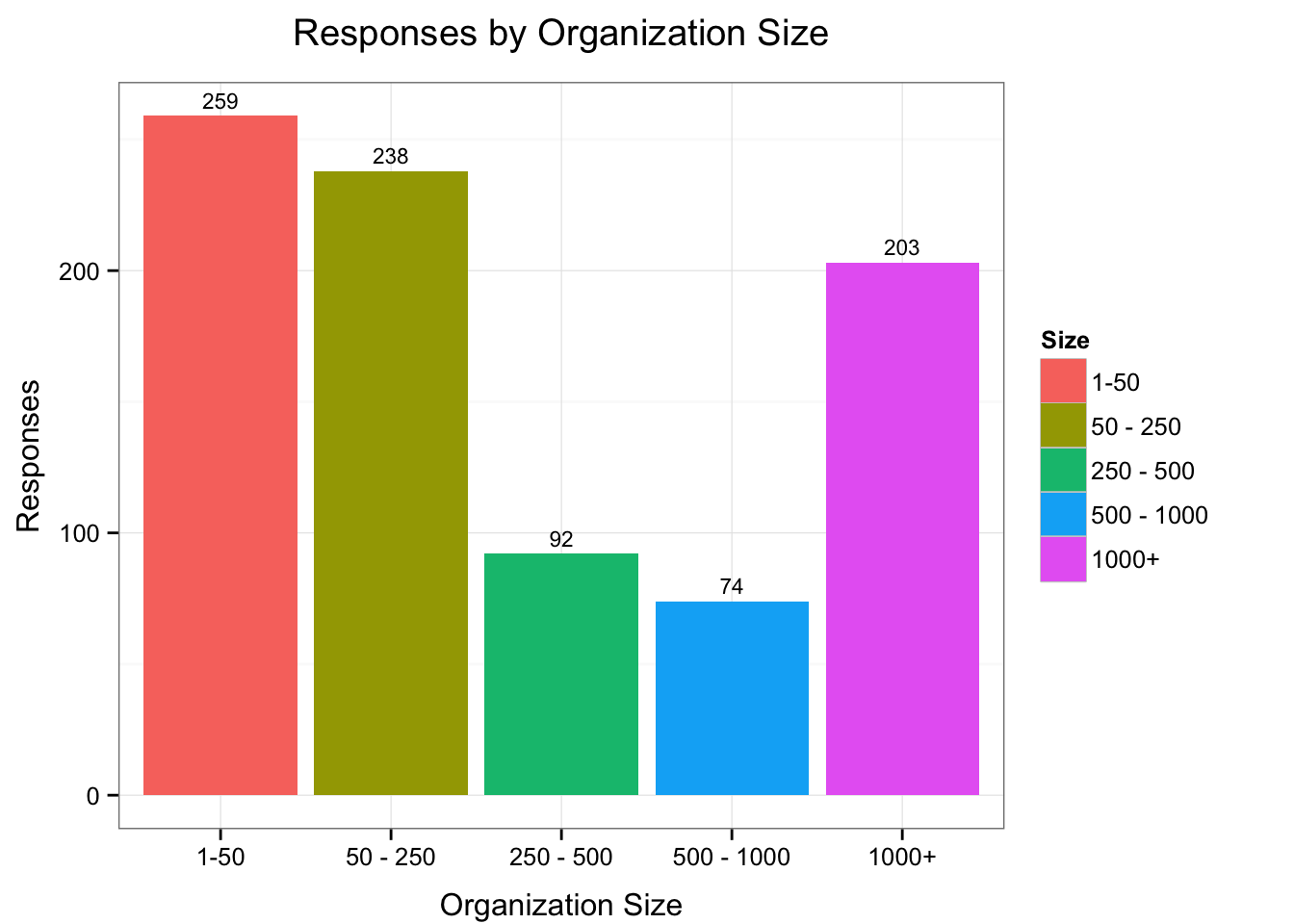 I also created an overlay of roles distributed by organization size. 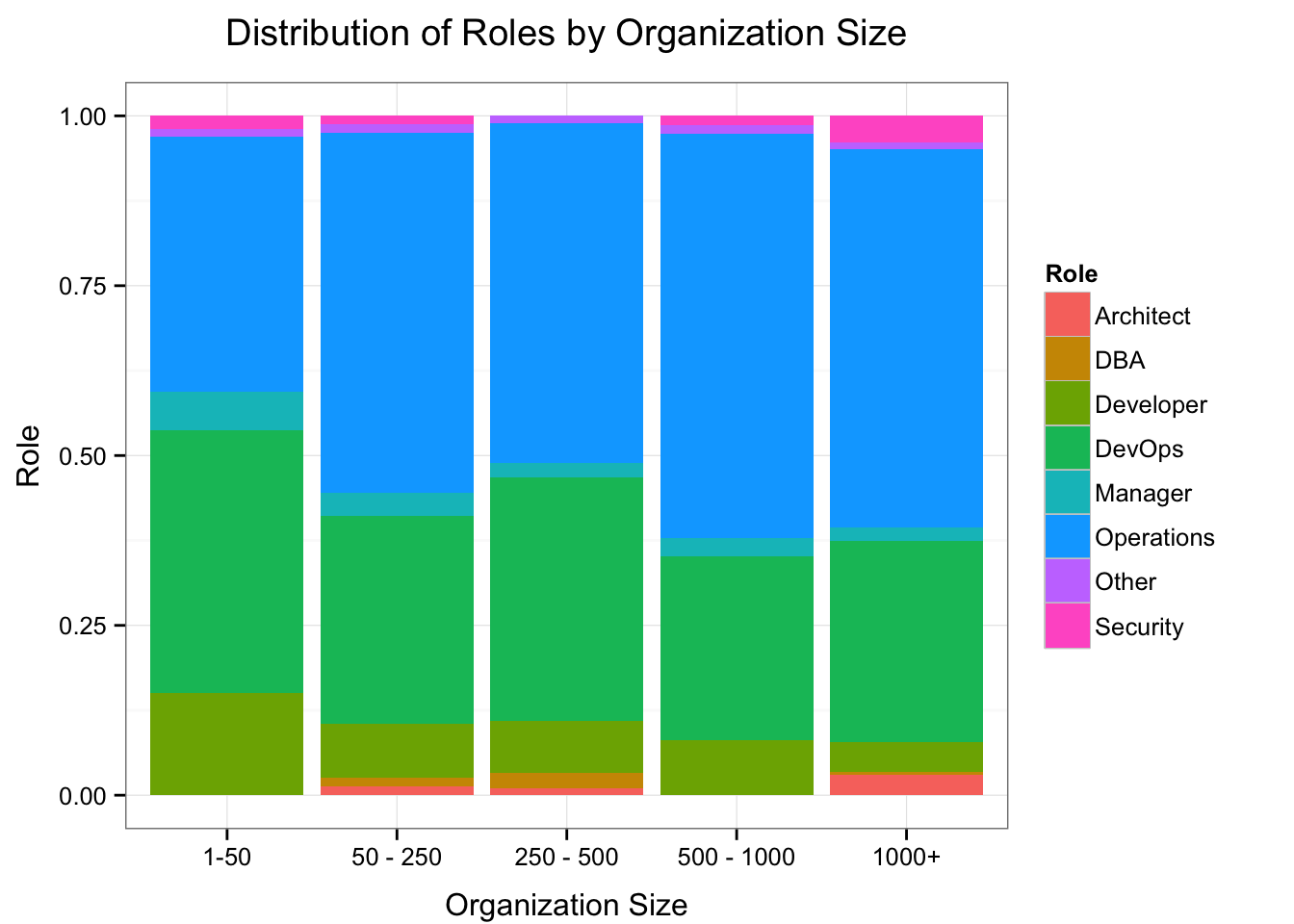 The graph reveals some interesting data, especially the slightly higher distribution of developers responding from smaller organizations and the more visible presence of architects and security folks in larger enterprises.

I also asked respondents if they were responsible for monitoring or if the task belonged to someone else. 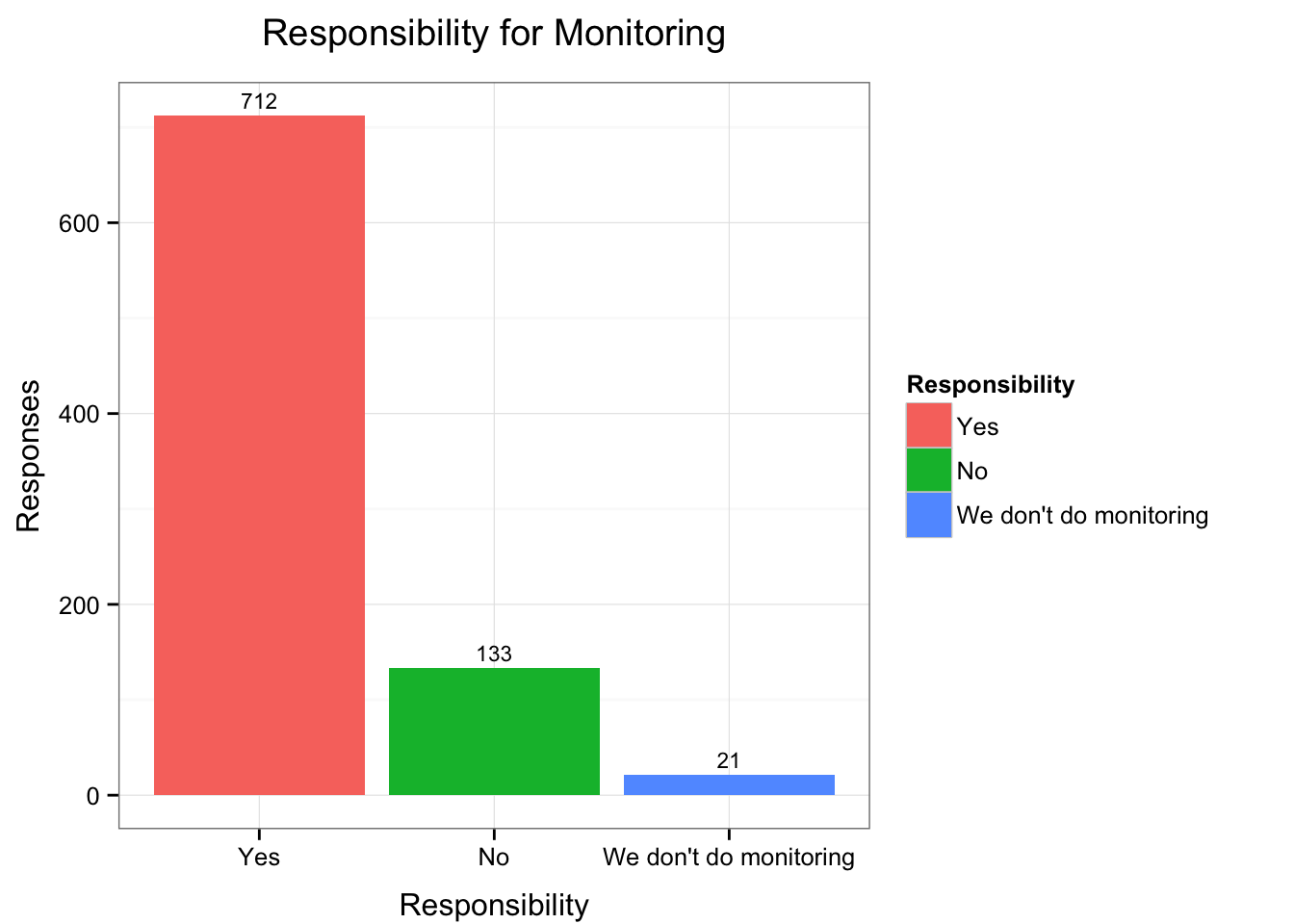 In the case where respondents were not responsible for monitoring I asked them to indicate which groups were responsible. The respondents could specify all the groups that were involved in monitoring. I’ve rolled up the multiple responses into a summary graph. 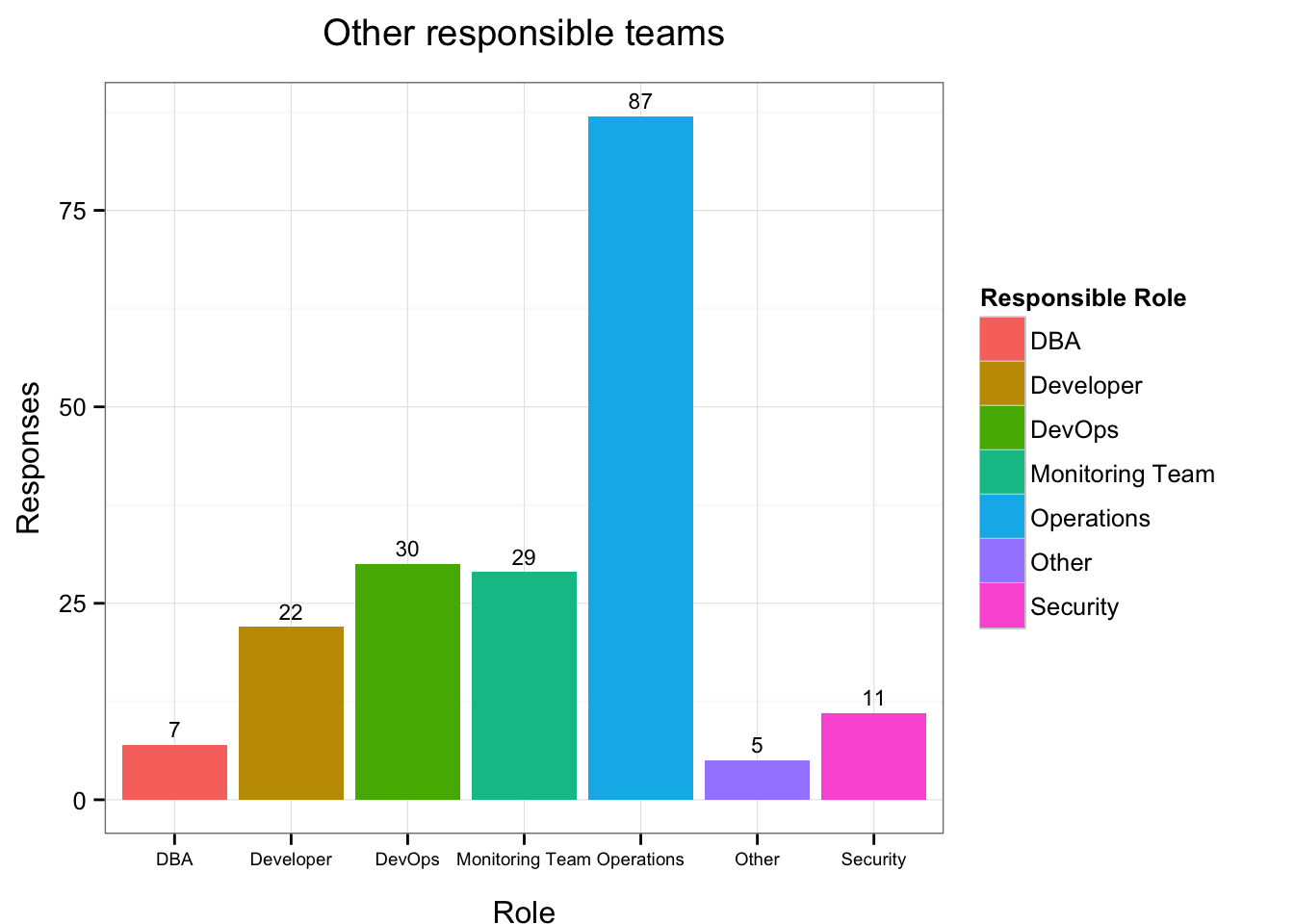 These results reflect the distribution of roles established by respondent’s who do manage monitoring. A new category, Monitoring Team, also emerged in these results. This role seems to be more prevalent in larger organizations, with 61% of people who reported that a Monitoring Team was responsible for monitoring were from an organization of 1000+ employees.

In the next post I’ll be looking at the tools identified in the survey.